Streaming music from a service like Spotify or Apple Music might be great, but it’s not always convenient. For starters, you need a solid internet connection and, while you can download songs to play offline, once you stop paying the monthly fee, access to your music disappears.

Buying digital music like MP3s or FLACs makes sense for a number of reasons. The songs are yours to keep and put on whatever device, and it better funds the artist who can then keep making more music. All of these stores offer lossy music files for sale, but most also offer lossless FLAC or ALAC versions for a noticeable improvement in quality, and they usually cost the same as MP3s.

Whether you want to buy a music single or entire albums, here are the best sites to visit. I’ll start with the big ones — iTunes and Amazon — and move on to some of my favorites that you may not have heard of, including Bandcamp. 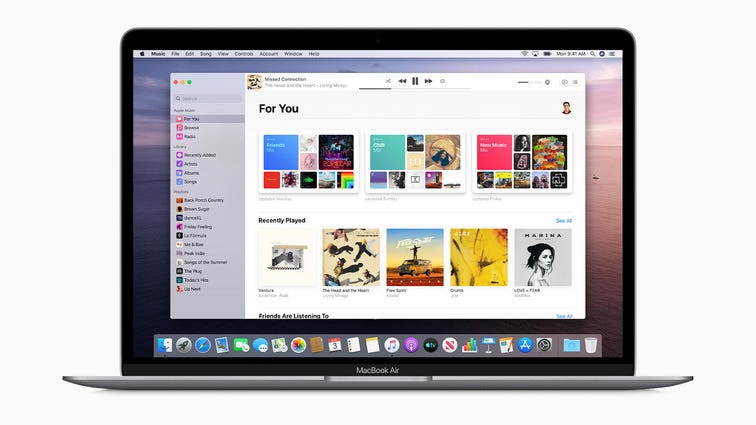 iTunes may no longer be the star of Apple’s lineup as Apple Music is the focus of the company right now, but it’s still one of the largest digital marketplaces. iTunes still sets the standard for downloading lossy music, and the catalog should cover everything but your most obscure needs. Technically, iTunes doesn’t sell MP3s — instead, it sells its own AAC format, but these files can be read by almost any modern player.

If you’re using MacOS Catalina, you can access it from Music > iTunes Store. In addition, to download lossless files, you need a Music subscription, but you won’t be able to keep the music once your subscription expires. 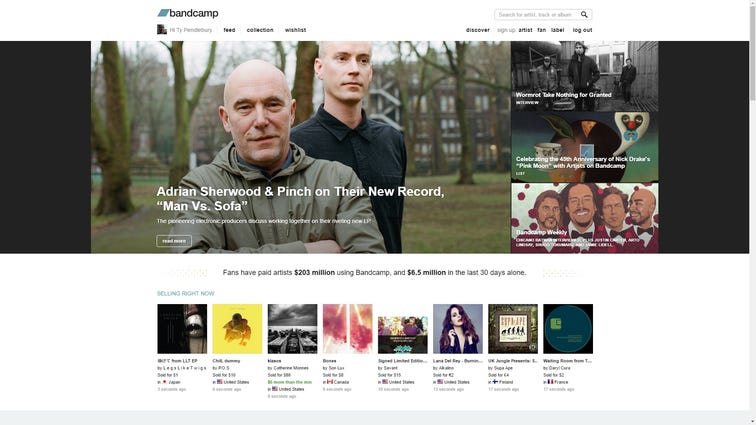 With the support of many indie music labels, Bandcamp (now part of Epic Games) is arguably the best alternative to iTunes or Amazon, especially if your taste goes for the more esoteric. The site allows you to download in any format (MP3, FLAC, Apple Lossless) and seemingly as often as you want without paying extra. In addition, the site regularly hosts Bandcamp Friday events, which give 100% of the proceeds to the artist. 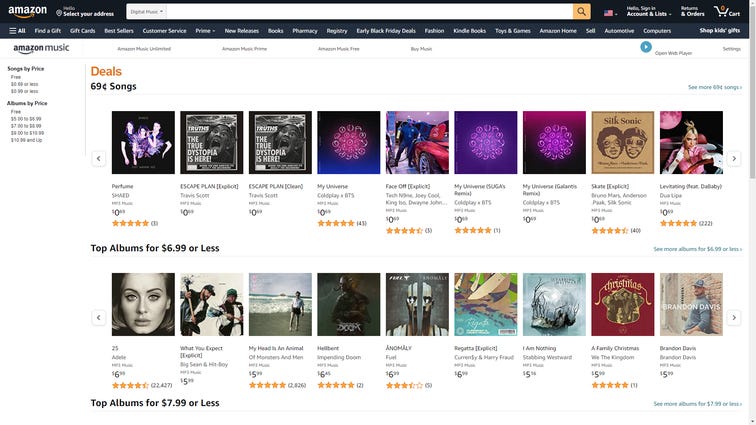 If you’re an Amazon Prime member, Amazon Music’s offerings make a lot of sense. You get a (limited) streaming service and a music store to buy MP3s from, in addition to streaming and automatic rips of physical discs you buy.

Note that although Amazon has sunk its “digital locker” service that stores your personal MP3s, the MP3s you buy from Amazon are still available for streaming and downloading. 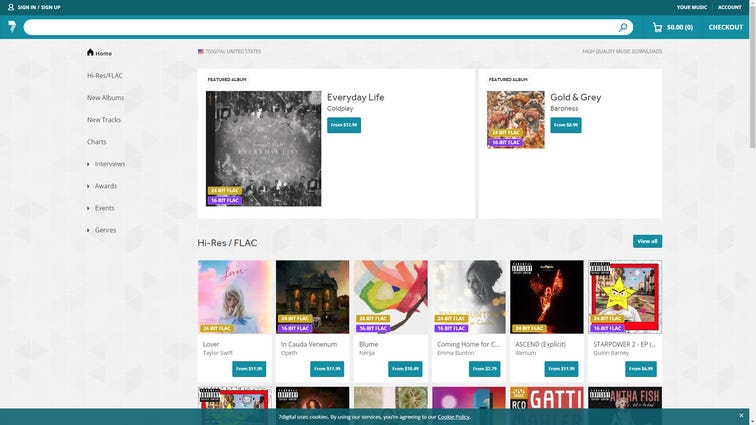 If you’re looking for a wide selection of MP3s (and FLAC files too), 7Digital is a good alternative to the Qobuz download store (which doesn’t have MP3s). 7Digital is available in a number of countries and has decent prices and regular sales offers. While music is regularly added to the site, it’s often harder to find than on other sites — in the US, the front page and other discovery features haven’t been updated for over two years. 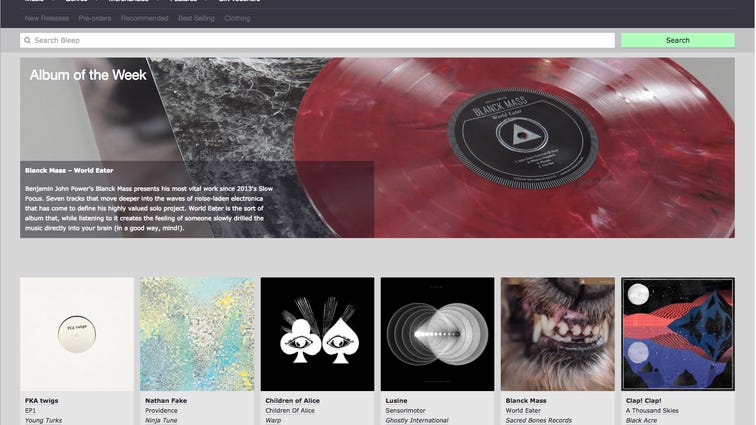 If you prefer dance music with a touch of indie, you’ll love Bleep. The site also has a good selection of 16-bit and 24-bit FLACs that are not subject to the price increases of some competing suppliers.

Despite the rise of streaming, there are still millions of MP3s for sale and the number of songs is steadily growing. All of the stores listed here allow you to legally download songs to a computer or directly to your phone — and most offer dedicated apps for Android. Keep in mind that iOS users may not be able to purchase music from sources other than iTunes on their phones due to Apple restrictions.

Where can I buy music instead of Google Play?

Google Play Music stopped selling MP3s in late 2020 when the company switched to streaming-only YouTube Music. All of the above services offer an excellent alternative to Google Play Music, and some, like Bandcamp, offer higher quality lossless for the same price. A feature that YouTube Music has taken over from Google Play Music is the music vault, which allows you to upload your own music library.

Which is better, MP3 or FLAC?

MP3 is known as a “lossy” format because it removes audio information to reduce the file size, even at the maximum speed of 320 kbps. In comparison, FLAC is a “lossless” format because it doesn’t delete any information and instead compresses music in a similar way to a ZIP file. As a result, a FLAC sounds better than an MP3, especially one ripped at a low bit rate of 128 kbps.